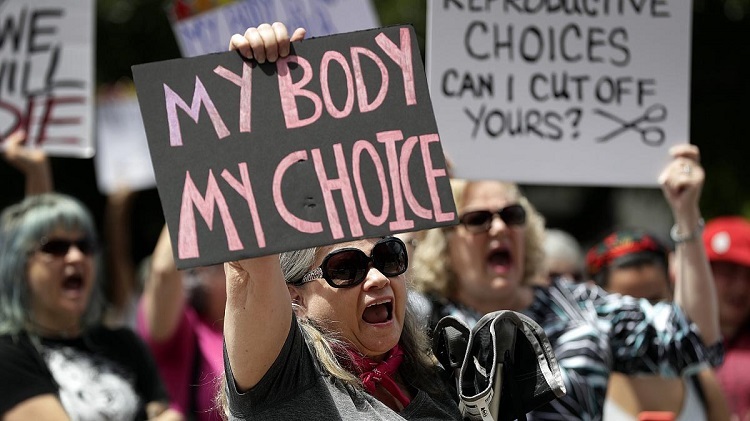 It is defined as the expulsion or removal of an embryo or fetus from the womb at a stage
of pregnancy when it is incapable of independent survival i.e. at any time between conception
and the 28th week of pregnancy.

There is abdominal pain and bleeding from the womb but the fetus is still alive. Such a
woman must take complete bed rest for a few days and must consult a doctor.

Once a fetus is dead, abortion is said to be inevitable.

Also known as a miscarriage. Generally occurs within 12 weeks of conception. It is commonly
due to a fall, traveling on a two-wheeler or three-wheeler, auto-rickshaw, active sports. It
may also occur in women with diabetes, syphilis.

An abortion carried out under unsterile conditions and by unqualified persons lead to a
perforated uterus, sepsis, blood poisoning, and death.