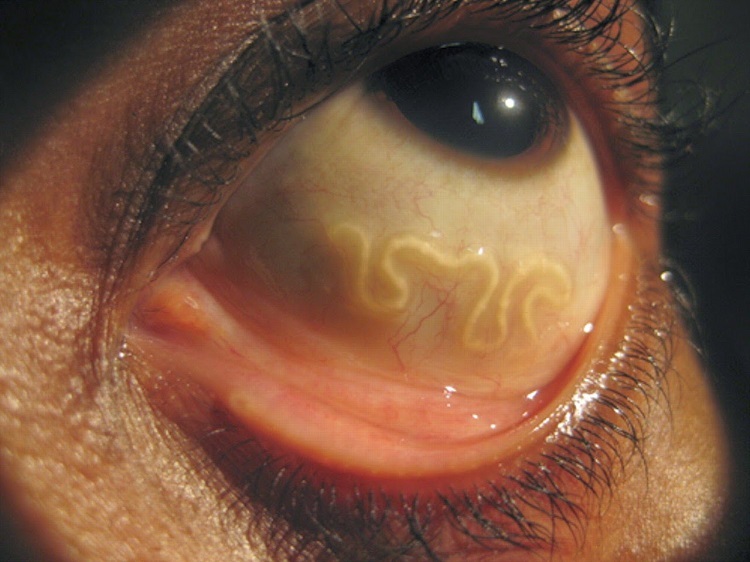 The roundworm is also known as Ascaris lumbricoides. It is the longest worm parasite of humans, reaching up to 40 cms in length. It is an extremely common ailment in Indian villages and towns.

Adult worms live in the lumen of the small intestine. Mature female worms produce up to 240,000 eggs a day, which passes out with the stools. With open sanitation a common feature all over India, these eggs find their way into fields where they mature. Infected eggs are then consumed, mixed in the soil especially in rural areas were playing in the mud, or working in the fields with bare hands is a feature. With basic hygiene not being followed and hand-to-mouth fecal carriage, it is inevitable that children in impoverished areas of the villages are the most affected.

Once the eggs are swallowed, larvae are hatched in the intestine. They invade the mucous membrane, migrate via the blood to the lungs, ascend up the bronchial tree and are swallowed again. In the small intestine, the larvae develop into adult worms. These worms survive for 1-2 years.

1. Migration through the lungs: Fever, cough, wheezing.
2. In the intestines: Pain abdomen, loss of appetite, loss of weight, fatigue, anemia

Consult a doctor for deworming.

1. Nails should be trimmed.
2. Wash hands with soap before a meal.